As we approached the ‘Palm Mar’ archway in our taxi from the Airport, I was struck by how separate the town was from the next built up area. It feels isolated and unfinished. 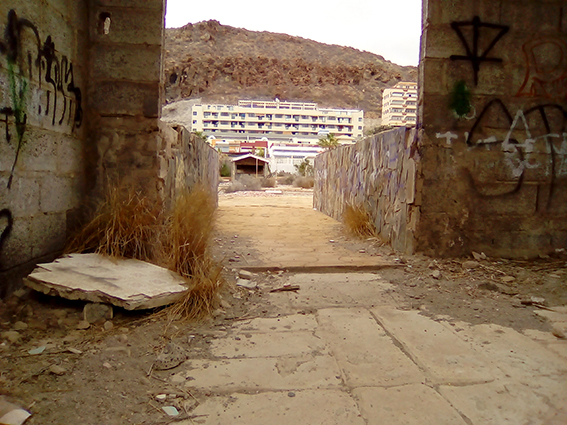 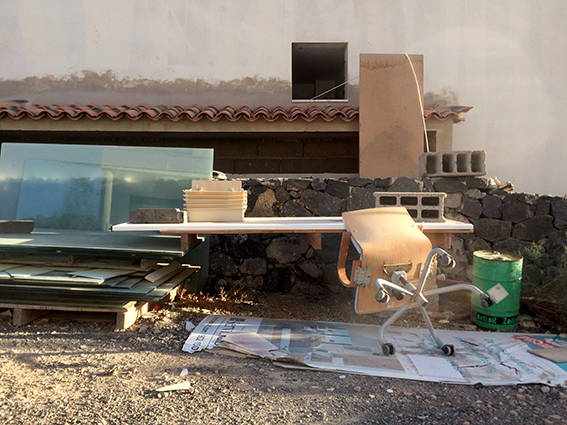 I convinced a security guard for one of the incomplete apartment buildings on the outskirts of Palm Mar to let me look around one of the blocks, which had been started in 2007, and who knows when it will be finished – apparently the lack of movement is due to money and politics. 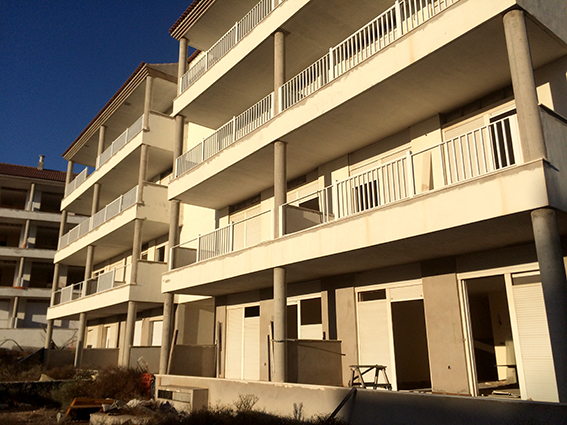 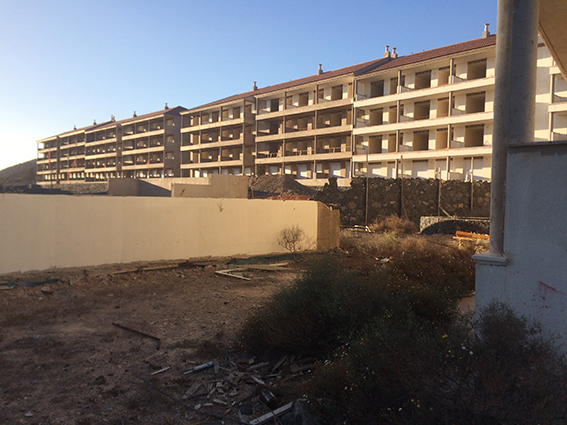 There are empty buildings all over the island, not only half-built, but ones which had once been in use and fallen on hard times, now left to crumble. Yet alongside these, there was a flurry of new building work happening elsewhere in the town, a strange juxtaposition. 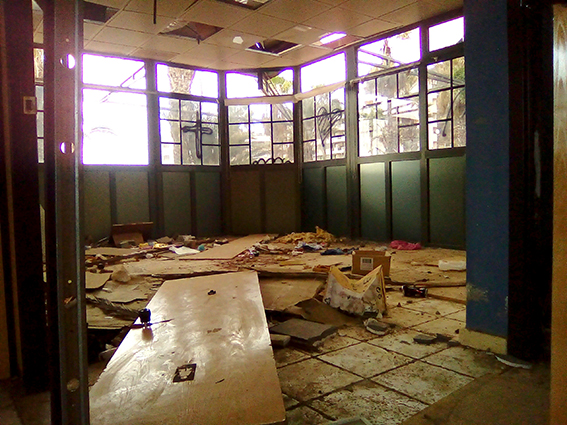 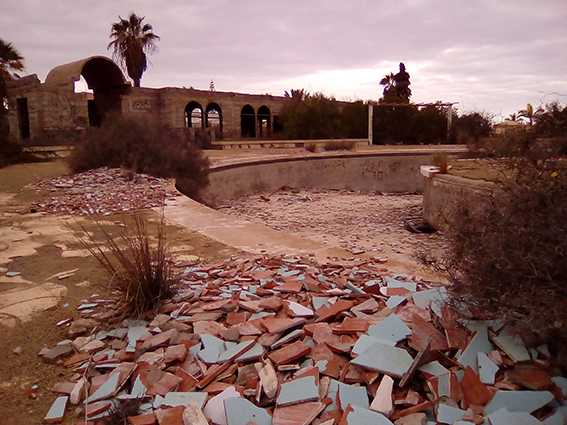 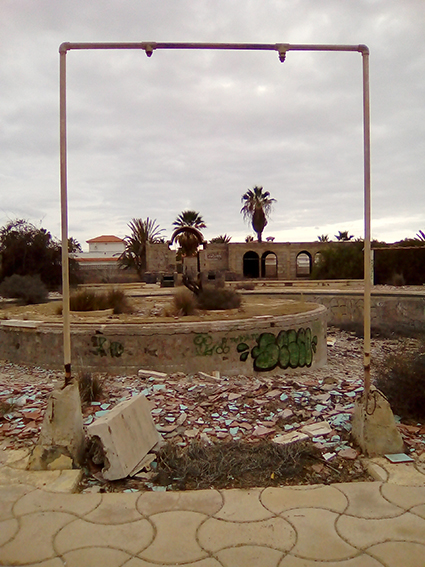 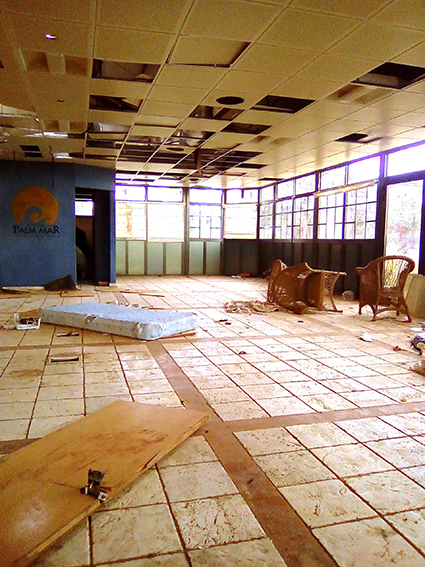 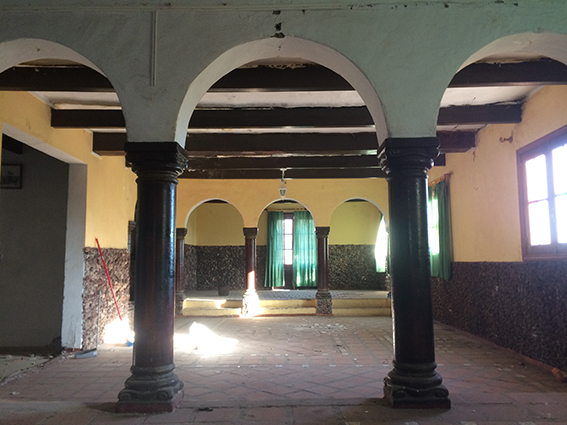 The only bars and restaurants I came across felt as though they were only for tourists. This strange atmosphere isn’t something I’ve experienced before, usually holidaying in our camper van on the coast of Wales, or visiting family in Spain. My wandering uncovered no local shops or culture, but lots of abandoned buildings, both in the town and on the mountain. 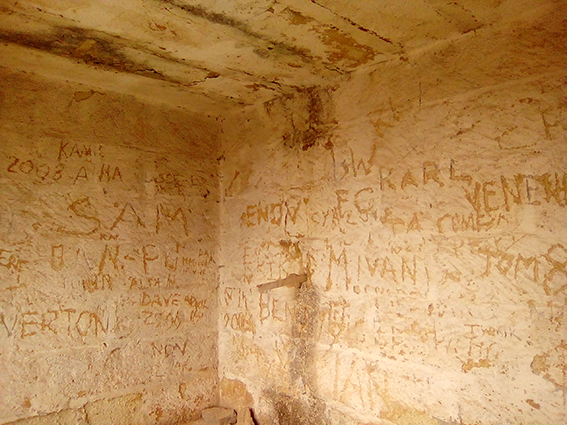 A week wasn’t long enough to fully explore, and I’m leaving feeling relaxed and rejuvenated, but uncomfortable about the unsustainability of this kind of tourism. I believe there have been some changes to laws around development here, which may impact on the ‘vibe’ of the tourist resorts, but for now, the German Tapas and British pubs reign free.

10 years of concrete dropped onto the rocks,
Endless rocks watch.
Soft dates crushed underfoot,
and you avoid eye contact with my awkward other-ness.

For whom do the pine forests store their wealth?

Check out the walls page to see some pieces from this holiday here.