When I started painting I didn’t take photos. I did it for fun, to get a buzz, to spend time with friends. I’ve just done my first piece which was planned around taking a photo of it. I’ve wanted to try this effect for a while but put it off – you gotta try things before judging them but it confirmed what I suspected – It wasn’t as much fun creating through a lens. 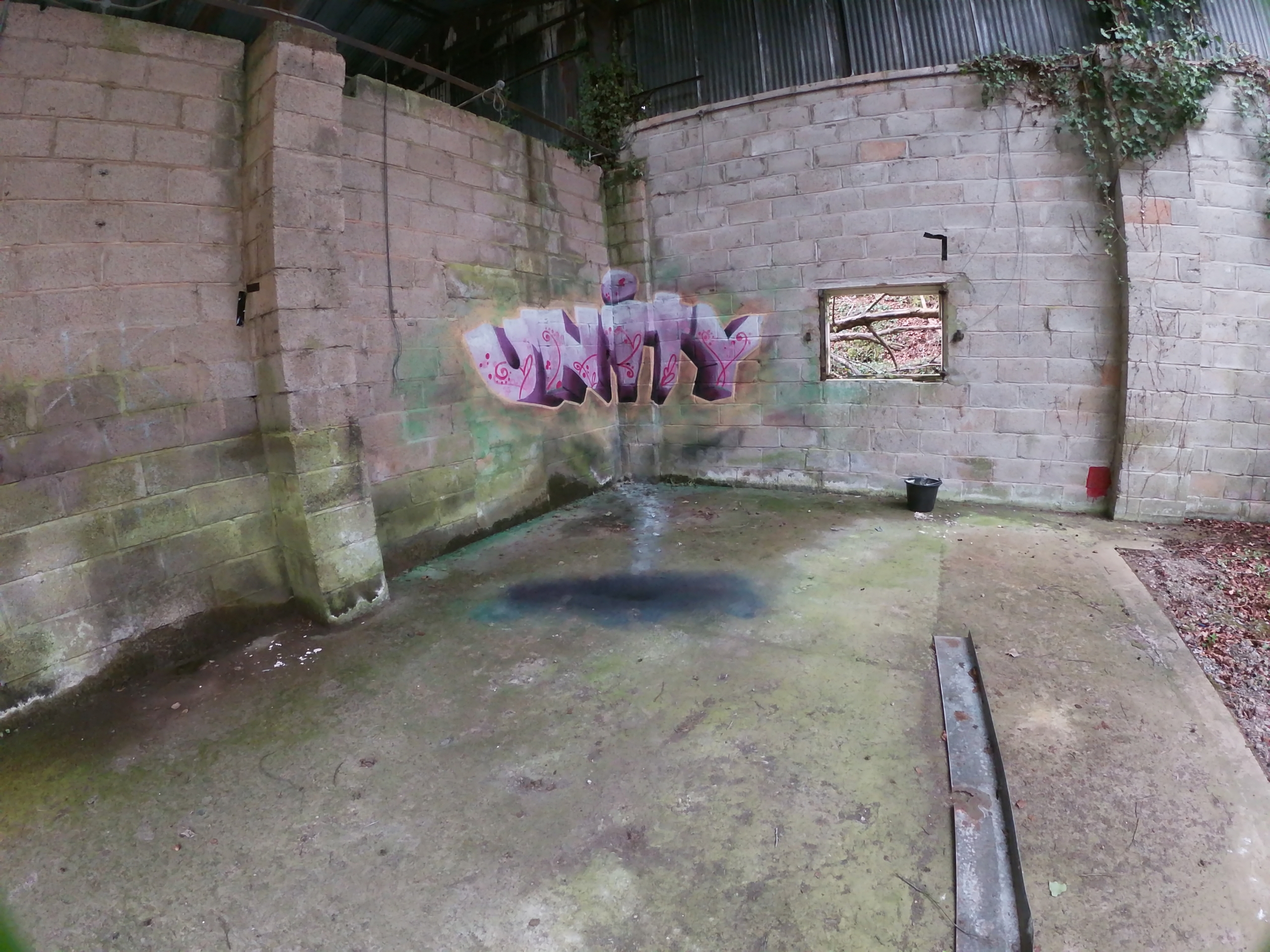 My introduction to Instagram was through painting with Sofly – she kept checking her phone between painting, to see who had commented/liked her images. She told me I should get on there. People kept asking me what my Insta handle was. So I set up an account.

Insta has opened my eyes to a whole new world – it got me into exploring abandoned buildings, checking out different typography and painting effects, and I have linked with loads of people who aren’t on Facebook. In my early days of Insta though, I was around people who looked down on those with less followers, and I found this online popularity contest fairly disturbing. Recently, I’ve had to check myself for looking to see how many followers other ppl have and comparing my own number. Why???

Most of my painting related work is through word of mouth, and the most fulfilling feedback is face to face when somebody tells me they have seen a piece in real life. Particularly if that piece was in another city, or if it has impacted on somebody’s state of mind. Instagram broadens this feedback out though, and it is nice when somebody posts a picture of your piece as you know it has caught their eye. It’s made the world smaller, and the ability to link back like this is a new way of connecting with people.

I recently joined somebody’s ‘live’ on Instagram for the first time – good in these times of social distancing, but no kind of replacement for being together in real life. This format doesn’t bother some ppl, but I wonder whether being judged on appearance and the fear of negative comments is what puts me off. Filters are a way for some people to hide but this just adds to the weirdness of it all. I’d be interested to know what other people think about this, and whether the attitudes of men and womxn are different…

During this time of ‘lockdown’ I’ve not engaged with the online gig world yet, as my whole reason for performing lyrics is to connect with others. In fact much of who I am is based around connecting with others in real life, and encouraging people to do the same so this situation has whumped me sideways. I’m interested to see how my thinking towards ‘living life with a screen between’ changes over the next few weeks/months/years…