Diving Deeper was Unity’s first release with Bard Picasso in 2021. Now comes her new work, Red & Blue. The project is an expression of the struggles we all face, and Unity’s ways of coping with the complexities.

The lead track Red & Blue (featuring Wolfgang Von Vanderghast and produced by Billy Phono) explores contradictions; those internal and external battles and how everything is interwoven. There are questions:

Who are we?  – Descendants of apes and living on a giant rock that spins around an even bigger ball of fire.

What are we?  – At birth, we inherit a bunch of 2D labels that can’t possibly fit our 5D being.

But when those labels and expectations are stripped away, who are we? Could we become anyone in any moment? When you live by the roll of the dice and acknowledge the myriad personalities existing beneath the surface, who is the true you? Choose your myth and act accordingly!

In neglected city areas of Swansea, graffiti writers overcome conflict to work together instead of against each other in a system that wasn’t designed to be inclusive.

There is so much sadness in the world it can be overwhelming, but beneath it all we are human – we all have access to empathy and smiles and rainbow coloured wisdom.

Unity would hear teachers talking when she worked in Primary Schools. They’d tell tragic stories of parents there who held their children back by neglect and/or intent so they could claim disability benefits. Children were coming to school unable to speak or use the toilet because they hadn’t learned at home but had just been given a screen. 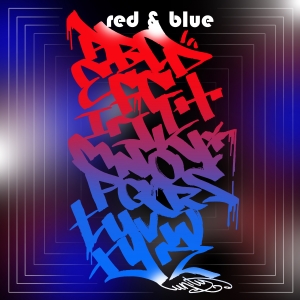 All five track on the Red & Blue project were mastered by Jamie Winchester, who also mixed all tracks except Faith Makers

Progress is a process (2020) Later Records

Day 3 of FOCUS Wales 2022. You read my previous posts, and you showed appreciation....
Scroll to top