I have always been drawn instinctively to Hiphop. From my early days of buying records before I even had a record player, cartwheeling into a ‘resting’ bboy cypher before I’d ever seen a bboy, scribbling my frustrations in notebooks and onto walls. When I moved away from my family home in the countryside of mid-wales, my ears continued to be opened to music.

I have always had close friends of the opposite sex – supportive, encouraging and finding their own way alongside me. I’ve always been around men who make and play music, and if I had discovered earlier on that I wanted to dj or mc, I have no doubt that they would have been fully supportive. But I never wanted to. Never felt the urge until much later on when a friend offered me his decks and I realised I too could actually play my records on two decks like all my dnb dj friends were doing. I now believe that this is because I had no womxn role models.

In going to hiphop nights I never even clocked the fact that it was only men on the stage, behind the decks, predominantly in the crowd. I was too busy soaking it all up. I got into breakin’, becoming a participant rather than just observing.

It was only when Ffion arranged the first Ladies of Rage jam that I realised that there were other womxn like me – going to gigs alone or with male friends, not necessarily participating but with a burning fire inside. And there were a handful of womxn DOING this thing – performing, contributing, lighting the way for LOR to grow. At the first ever battle rap I went to (alone), I saw Shawgz battle Rufus Mufasa. When Shawgz turned up to that first LOR jam I knew this would be something special! (The fact that they pitted the only two women in that line-up against each other is a WHOLE ‘nother discussion…).

So. Ladies of Rage was born. The first time I went to a gig at Gwdihw after having had a few jam sessions with LOR, my whole perception had changed. I felt safe (I never realised I had felt unsafe or ‘on-guard’ before). I felt like I belonged. I felt like the missing part of my family that I didn’t even know was missing had showed up! In a sea of faces, of which many of the men were my brothers, most of the womxn there were now my sisters! As time went on, womxn at hiphop gigs who hadn’t been to an LOR jam started vibing with us, started coming to jams and are now performing lyrics. 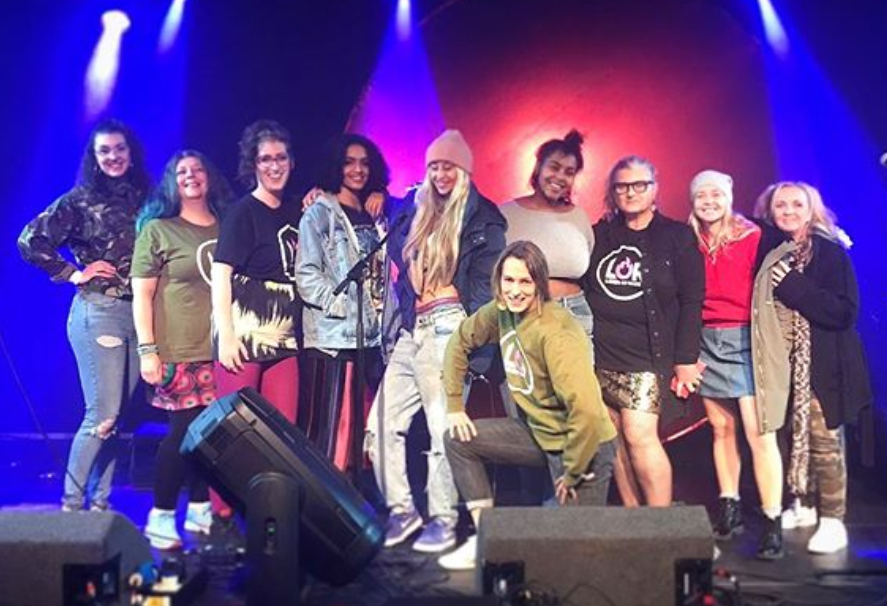 People wonder why we need womxn only jams. Safe spaces. Apart from the fact that many womxn are harassed and attacked on nights out, safe spaces allow trust to build and confidence to grow. Many womxn have suffered trauma caused by men. Many womxn are restricted by a male partner who doesn’t like them hanging out (creating) with other men. The support and encouragement that I have received from Ladies of Rage is phenomenal. I feel like I can be me, try out anything without judgement, and perhaps most importantly – I can turn up to perform at a gig and know that I will have a posse of LOR in the audience and on stage with me.